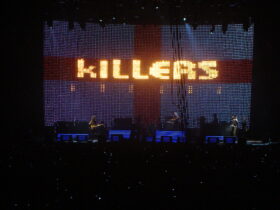 Hello everyone. On the occasion of the discovery of this great Greek band, we have contacted its leader Constantine Maris to chat for a while about the band, their album and future plans.

Rockmania: Hello Constantine. I’m Enrique from Rockmania. Thank you for attending us. The first question after all this madness that has affected us during the last 2 years, is a must. How are you and the band’s health? Any problems with the damn covid?

Constantine: Hello Enrique, we are really happy to be here and thank you all for having us. We all have been affected by this unprecedented situation. From our everyday life to our work and of course in every musical aspect. We either got infected ourselves or had someone in our close family circle that got it. Thankfully, we did not suffer any personal loss. I hope you all are ok too.

Rockmania: I have to tell you that I discovered you this year with your album On Blackest Wing… but you are already veterans since you have 3 albums with this one. How did you get the idea of setting up a music group?

Constantine: Oh well…Music is a part of my life since I can remember myself. My mother used to sing and my father played guitar. So I kinda grew up with music being present in my everyday life and as a pretty common thing in my house. I started playing guitar around ten years old and have dreamed of playing in a band since day one. I’ve joined quite a few bands while growing up until at some point I decided that it was time to start my own thing. Hence, Forbidden Seed were born.

Rockmania: What are your main influences? What bands influence you when composing?

Constantine: My main influences vary and come in all shapes and forms when it comes to music. It actually depends on the project. I personally draw inspiration from specific bands when I write for I Abyssick and totally different ones when it comes to Forbidden Seed. But my favorite bands, the core if you will, are for sure Judas Priest, Iced Earth, Savatage, Crimson Glory, Saxon to name a few.

Rockmania: I thought the cover of this album was spectacular. Who is the author and where did the idea come from?

Constantine: Thank you very much. All the artwork was done by our friend Jim Evgenidis and Icon Filmworx, who is also responsible for the artwork,band photos and logo in all our previous releases. We always have a small conversation with Jim in order to tell him what we may have in mind for the album conceptually, or some ideas we may have if any, giving him a small direction. After that Jim makes his magic and comes back to us with the final thing.

Rockmania: As far as I know, the album is based on the comic and the movie The Crow but the album’s title itself says part 1. Is it a concept that it could be a saga that continues later on in another album?

Constantine: Exactly. The album is a concept album, based on the 1994 movie and of course the original source material of the comic that came out around 1989. Both of them have been a huge part of my life since I was a teenager. So it felt kinda natural to write an album about it. We wrote a ton of music for that concept, so we had to split it up into two albums, two parts to be correct. So the answer is yes, there is a part two coming up…

Rockmania: From the little that I have been able to hear of your 2 previous albums, there is a clear evolution towards more technical tessituras and, why not say it, darkness. Is it default or is it because the story of The Crow is already dark?

Constantine: Well, kinda both. Our inspirations haven’t changed, just sifts by the song concept, or in the case of “On Blackest Wings” the album concept. Of course, when you have a very specific thing or story in mind and then you start composing for that, it affects the song’s atmosphere and vibe. But it all comes natural, we do not try to write or sound like this or that. When it comes to the musical evolution you mentioned before,all the albums represent the band and each one of us at a specific time and period. We grow and evolve as individuals and as musicians and that also finds its way to our music. Darkness, well we all have so many things constantly feeding this kind of feelings.

Rockmania: Have you been told many times that you sound like Matt Barlow and Stu Block singing? Because every time I hear your voice I feel like I’m listening to a perfect mix of these two great singers

Constantine: Thank you very much, you are really flattering me. Where there is smoke, there is also fire they say, and in most cases that is true. Matt Barlow has been maybe my biggest influence and my favorite singer. He has so much power and depth in his voice and I felt hooked by his singing instantly. In a way you may say that when I decided to test myself as a singer, I subconsciously adopted that singing style. I respect Stu Block very much as a singer too, but he has never been influential to me, I discovered him later on. But comparing my voice to him, actually both of them, is way too overrated.

Rockmania: As you know, I’m looking forward to the records arriving at my house. Looking at your Bandcamp I have seen that there is a quite interesting orchestral version of the album. Where did the idea of making this version come from?

Constantine: Our produser, Kosta Vreto (Wardrum) and I spent 4 or 5 month composing and arranging the orchestra and the choirs. When it all came down to the final mix, we sadly discovered that it was nearly impossible to fit everything to the picture. So we had to turn down some things in order to balance the whole thing. That’s why we decided later on to have an orchestra only version uploaded to our Bandcamp page, in order to give our friends and listeners a chance to hear what the actual orchestra of the album sounds like. We put so much time and effort to it, we just couldn’t have it “turned down” like that.

Rockmania: As a result of the previous question. Have you considered releasing the orchestrated album in physical format?

Constantine: Actually yes. If it were up to us, we would had putted the orchestral version together with the album version as a double cd or something. But the cost was way too off for our label to handle,considering the recent increase to everything out there and all. And to be honest, I get it. In that case we would also be forced to raise the price also, and who is actually willing to pay extra money for a double cd of a small band like us?

Rockmania: Another thing that really surprised me when I discovered you and started looking for your music is that you’re not on Spotify, well, there’s only your first album. Since today almost all bands are on the most famous online music platform. Why don’t you appear on Spotify?

Constantine: Totally on us. Our current label for the last two albums does not deal with streaming platforms so that came down to us. You can say that in a way we are not into the whole Spotify thing that much ourselves, although that is the way people listen to music these days. At some point though, we would have to upload them there too.

Rockmania: In another order of things, how has the pandemic affected you as a band? Did you have many plans that were canceled?

Constantine: Well, it affected us too, as it affected any other band. We could do what we love the most, and that was to play music. We could not rehearse as a band, could not perform and at the same time support our second release at the time and delayed the recording and as a result the release of the new album for over a year and a half. Unfortunately it’s not over yet. It would be really hard to support the album with live performances while the covid restrictions are still around. And for us, music is just our free time thing, for those that are making their actual living from music, it must have been hell.

Rockmania: And in relation to the above, what are your future plans?

Constantine: For now we are trying to prepare and be ready to perform the new album when the time is right and hopefully be able to support it with gigs. We do not plan too far along, things are still pretty uncertain. Play and support our new work for now, in due time, to start recording Part II.

Rockmania: I have had a doubt for a few years now, regarding the amount of good bands that come from Greece. What do they give you there and so many good bands and good music come out from your country? Because the musical style doesn’t matter, every time I discover a band from there I fall in love with it

Constantine: Haha it’s nice to hear that you, for starters, have listened and checked some bands from Greece, and secondly that you actually like what we have to offer in the metal scene. I don’t know man, we always had great players and bands. I guess in some weird way, metal comes easy and naturally to us. We became better by the years and at some point we managed to draw Europe’s attention, because for so long we have been ignored. We also have our share of that situation, we could not compete with Europe’s productions or didn’t spend time improving our pronunciation or something like that. But in the long run, I think that we have many bands to be proud of.

Rockmania: It has been a real pleasure chatting with you, but it is time to finish this interview. Do you want to send a message to the fans of the band?

Constantine: First of all, we would like to thank you personally and Rockmania for taking the time to do this interview and talk about our album. Also we would like to thank each and every one that supported us in any way, we are grateful to you all. To everyone, fan or not, please stay strong, stay human and kind to each other. And of course support in any way you see fit the music and the bands that you love.

Well, we end the interview with Constantine, founding leader of the band Forbidden Seed. The great revelation of 2022 and one that I encourage you to enter its world 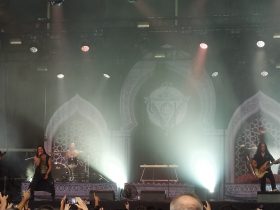 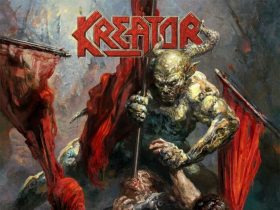 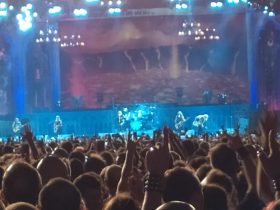 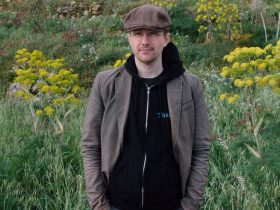 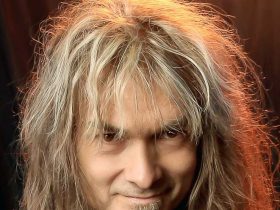 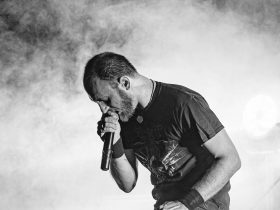